Rise of the Invisible Gallery: XR is Changing How Artists Create 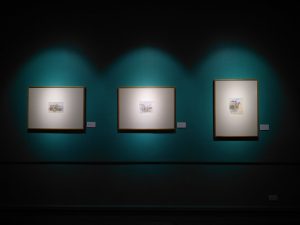 Imagine walking into an art gallery and there’s nothing there… until you look through your Augmented Reality headset . Then giant sculptures come to life and dance. A portrait of a storm with a ship coming through the wall emerges. Photographs wink and smile as though they have actual people inside them like it’s out of Harry Potter.

On the outside, invisible.

Through the AR headset , magic.

This is the new horizon artists and creatives alike are navigating. A new medium like canvas , but 3D. Ink made out of pixels. A canvas that’s brought out into the real world, or out of it entirely in VR. Nexus’s Invisible Museum made waves in 2016, but everyone from film producers to techies are trying to break into this new form of storytelling. 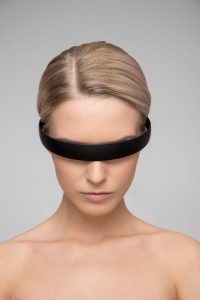 For example, the XR Artists Collective works to bring creatives together across all mediums of XR tech, like a digital-based Renaissance. Their mission statement says:

“Whereas other groups devoted to Virtual Reality, Augmented Reality and Mixed Reality art might compartmentalise creative output into subgenres, here at XR Artists we’re all about the hybrids – how these techniques and genres overlap and intersect.”

If working independently or in a digital XR studio collective, artists tend to agree about the freedom of imagination that XR allows them, even if there’s a learning curve when first getting the hang of navigating the creation tools. Digital publication Artsy featured eight XR artists navigating this new world. And this spirit of collaboration can bring all manner of XR industry experts together to create something new, whether that be brand experiences, retail virtual try-ons, museum exhibition enhancements, or even walking on the moon, 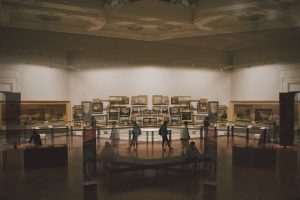 Their work ranges from extensive architectural installations with LED light shows and open floor plans, distorted versions of YouTube and even navigating the ethics of replacing flesh-and-blood with digital bodies.

An Interview with Or Fleisher, Award Winning WebVR Content Creator covered by Spindel on Medium has Fleisher remark that XR art “(allows) an increasing number of artists and creatives to jump into the digital world without (or with a lower) steep learning curve, thus creating faster and more creative work. This has definitely helped my case, since I do not come from a formal computer science background. Nowadays I am able to learn and use concepts faster than before.”

From Livability, “an immersive art space is about creating a holistic experience for the audience. While traditional museums focus on visual arts, immersive art spaces often seek to activate other senses such as touch, hearing, smell and sometimes taste.”

However, immersive and interactive XR art exhibits aren’t only useful for creatives. Exhibits can create empathy that aid in the medical profession (like how to deal with aging patients who might struggle just to get out of bed). Full design experiences (like giant light shows or projection mapping) can draw in curious crowds for industry advertising executives. 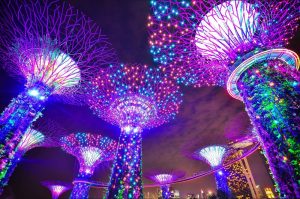 XR has the capacity to change the perspective of the creator or viewer. To be a first-person adventurer in an artistic journey or an impersonal ghost, floating freely through the artwork in VR. AR can place a fake world over the real, create instant gardens out of concrete and dragons in the sky. To change the way we feel and live and create, we must change the way we see. Immerse ourselves in another reality.

That’s what XR gives us the ability to create. A new perspective on a future we have only to dream up first.