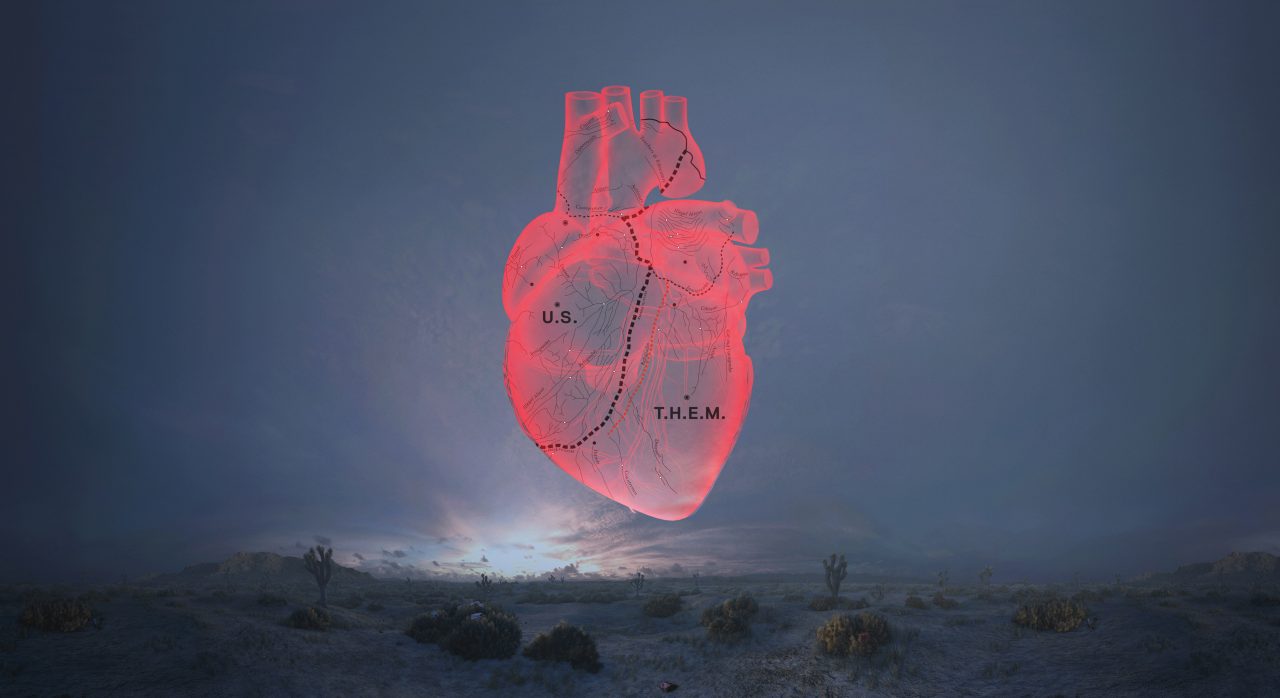 There was an exhibit at the LACMA (Los Angeles County Museum of Art) a few years ago that was headlined by the name of famous Mexican filmmaker and Academy Award winner Alejandro G. Iñárritu. The film was called “Carne y Arena: Virtually present, Physically invisible”. Carne y Arena, Flesh and Sand.

But you didn’t watch this movie on a big screen. You used VR technology to get into the mind and body of its main character: a refugee, struggling to survive.

When one thinks of the applications of Virtual Reality, it’s either entertainment-based, like video games, or on some larger abstract idea like “medical science” or “education”. But stories, who thought that something as simple as a story could be changed forever? And how can businesses use this new form of storytelling to reach out to consumers and do what technology was meant to do for us: connect?

I spoke with a friend of mine, a filmmaker, who was adamant that movies would soon be obsolete. They’d be replaced by a new form of storytelling, something “realer than real”, to borrow a line from Ready Player One. But how is this going to happen? And using VR, with problems like vertigo, nausea, or just losing balance, how’s that going to work?

At any one time, our eyes can only really take in enough data that’s the size of your thumbnail (although neuroscientists are still debating that). The rest we view from our peripheral vision, our brain filling in the missing gaps based on other sensory info. Now, narrow the scope of your entire view to just a headset, a pair of glasses that cover your peripheral entirely. That’s the VR headset. How does this narrowed sense of movement and eyesight change the way you view movies?

Well, in the first place, you aren’t watching the movie so much as you are inside the movie. But, let’s discuss the difference between someone watching a movie on a screen VS someone being in the movie.

You’re at home or in the cinema. For the most part (probably), the theater is dark and quiet. You can’t get distracted because the movie is playing out on the screen in front of you. Sure, you might look away for popcorn or a bathroom break. You might or might not have the ability to pause the movie based on if it’s streaming or live. But no distractions. Why? Because all the action (usually) is happening on a single screen in front of you. Only the screen to look at. You probably are staring at the center of the screen (even in paintings, for the most part. Painters used that trick for hundreds of years to get your field-of-view on the guy in the foreground and NOT the bird in the back). Your attention is limited. Focused.

Now, take that away. To explain VR as an analogy of a viewer or “user”, take away the element of a digital reality entirely. You’re standing in a desert. There’s a cactus in front of you. You turn behind you. A bird squawks. You immediately turn to the blue-gray sky to examine it. You lose interest. The bird lands in front of you and stares at the ground. You look underneath you to see what it’s looking at. Sand. What did you expect? You hear someone walking behind you and turn around to check…

Go back to the original exhibition by Alejandro G. Iñárritu and Carne y Arena. A story shifts dramatically when you enter the physical and mental state of the main character. You gain a stronger sense of empathy from virtually “walking in somebody’s shoes” rather than just hearing secondhand accounts or watching a video or reading books.

For caretakers in hospitals or people in the medical profession, virtual reality is being used to put future physicians in the mind of a physically limited, ailing patient. The goal is that the physician learns to treat them with patience and kindness despite outside pressures they may face in their medical field or from higher authorities. It may even helpbridge the gap with societal biases.

Some techniques from older forms of media (like cinema or theater) can carry over to this new form of empathetic, digital storytelling. Eyeline match to hint at where you’re supposed to be looking. Darken entire areas of the space and restrict your view to a single flashlight. Music and audio to tell you how you’re supposed to be feeling. (Cue Psycho violins).

The goal of technology is to connect. And ultimately, that’s what businesses wish to do with their clientele, isn’t it? Connect?

Even in a decade, I’ve seen how commercials have shifted. Advertising used to be just the demonstration of the product and a catchy jingle. But now, advertisements wish to tell stories. Social media influencers open up moreand more about their day-to-day lives to foster a virtual friendship with their engagement. Companies speak more on their values so that potential clientele knows if they’re buyingfrom an environmentally conscious brand or not. All of these techniques are methods to engage the consumer with an element of storytelling. Social media influencers tell stories based on their own experiences. Companies tell a story of values that might connect with the values of a potential buyer.

Where does that leave this new realm of digital storytelling? It breaks down the lofty divide between “company” and “consumer”. A VR story can share a singular perspective. Take the Game of Thrones PR stunt with the #QuestForTheThrone. A 360* view of the iconic GoT throne located in some remote location in the real world. Combining the false reality story of quests and adventures with the technology of the 360* view led fans buzzing around the real-world locations of these mythical throne locations. Or take a travel company. Use Virtual Reality to transport to that location and see its wonders. But you can’t taste the food or feel the sand beneath your toes. You can, however, do that in the real world if you use the travel company’s services.

Empathy. The end goal of storytelling is ultimately empathy. By utilizing old-school learned techniques from books, cinema, and theater to craft this new virtual experience, businesses can literally see through potential buyer’s eyes. By using these experiences, they can also see what potential areas of improvement they might have or build up on concepts for future inventions or products to create in their field. In virtual reality, one can become a part of the storytelling aspect itself. But some things, like empathy and storytelling, can cross over into any realm with the right technique.